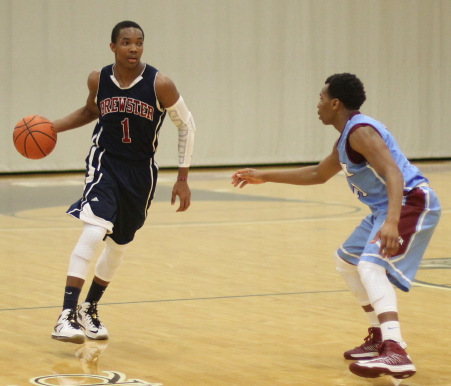 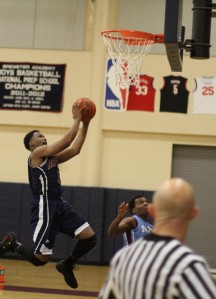 Kevin Zabo floats in for two

The home team had the lead up to nineteen (70-51) with 4+ minutes left before some lights-out shooting by Jackson Donahue (15 points) resulted in a more respectable final score.

The speed of BA was the difference in this game.  Devonte Graham (21 points) led numerous Brewster man-advantage breaks that ended up with a host of high-percentage shots.  Even when NMH scored Devonte broke out a number of times with teammates Jared Terrell (13 points) and Donovan Mitchell (9 points).

NMH was able to stay in the game early (despite ten turnovers) thanks to junior Aaron Falzon.  6-8 Aaron ended up with nineteen points but had fifteen of them in the first half including three 3’s. 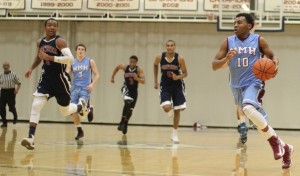 Daquon Ervin (15 points) on the break

NMH guard Daquon Ervin finished with fifteen points with eleven of those coming in the second half.

Good crowd of students on hand.

Both teams had their share of entertaining dunks in this one.  Less entertaining was the free throw shooting.  Brewster was 23-for-36 while Northfield Mount Hermon was 14-for-25.  What shot (24 misses!) is apparently practiced the least??

Jonah Bolden (5) looks for a pass