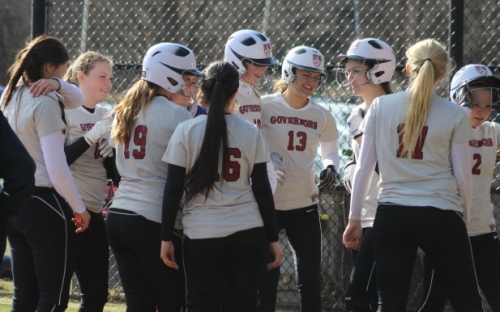 All smiles around Courtney Cashman after her grand slam in the fifth inning. 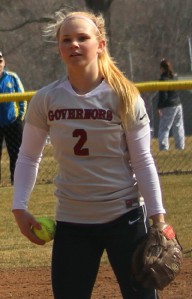 Governor’s Academy defeated Pingree, 12-0, in a nonleague game held on Pingree’s dry field on Wednesday afternoon in the season opener for both teams.

Tough opponent for the Highlanders as they had to face senior pitcher Sarah Dupere (twice MVP in the Independent School League). Sarah struck out seven and allowed only two flare hits.

Sarah might have had more K’s, and I suppose Pingree might have had more hits, if the game wasn’t suddenly ended after 5 1/2 innings. The Pingree scoreboard had the teams in the 7th inning when it should have been the 6th inning. Whatever, the unscheduled ending kept both coaches from using more reserves which was unfortunate.

The Govs not only got good pitching but their hitting wasn’t too shabby either. They certainly didn’t drive over from Byfield to take walks. They only had two. The Lady Govs had twelve hits off of Pingree starter Christina Chalmers.

The biggest hit for GA was a grand slam by sophomore Courtney Cashman in GA’s six-run fifth inning. Courtney’s blast cleared the fence in left center. Courtney hit another ball just as hard in the first inning but it was straight at Pingree centerfielder Maria Garbarino. 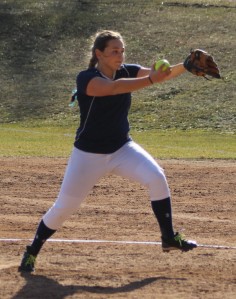 Sarah Dupere not only did damage with her arm but also with her bat. The GA leadoff batter (going to Gettysburg College) had three hits (two singles and a double) and scored three runs. Sarah’s only out was on a hard grounder that pitcher Christina Chalmers made a nice play on after it caromed off her leg.

Pingree (11-6 last year) had their best chance in the second inning. Kelsey Dion walked and Hannah Stasiuk flared a single down the rightfield line. Both runners moved into scoring position before Sarah Dupere got a groundout by Maria Garbarino to end the threat.

The three-time defending ISL champs put up another 3-spot in the second inning. Cassie Hanlon’s double scored Sarah Dupere. Courtney Cashman brought Cassie home and then Ashlyn Bedard (going to WPI) did the same for Courtney with a single. 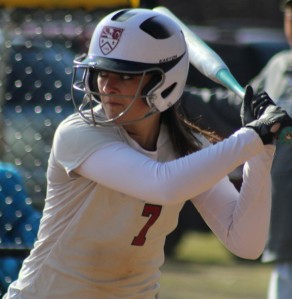 Governor’s double their score in the fifth inning. The big shot was Courtney Cashman’s grand slam but Cassie Hanlon and Carli Citrano also had RBIs.

Jill Witwicki had Pingree’s other hit.

The Highlanders had two flare hits down the first baseline but otherwise did not get the ball into the outfield. That’s dominating pitching!

The next game (weather permitting) for Pingree is on Saturday (1PM) at Buckingham Browne & Nichols in Cambridge.

The Govs will be at St. George’s (Newport RI) on Saturday (1:30PM) looking to extend that winning streak. Last loss was on May 19th of 2012 against Phillips Exeter.

Pingree senior third baseman Gabby Munoz has a softball scholarship to Holy Cross. I saw her play for a very good Rockport team in the Cape Ann League. 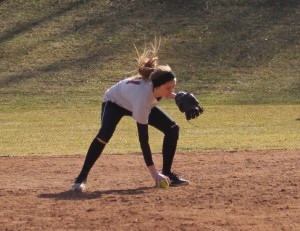 Courtney and Carli Citrano were starters on the Govs’ basketball team.

Pingree is in the Eastern Independent League (EIL). 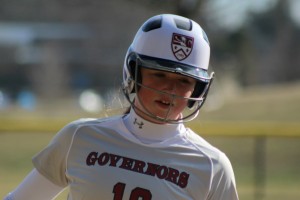 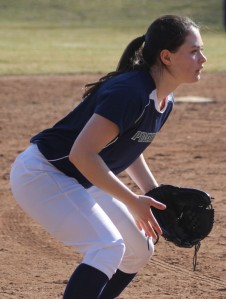 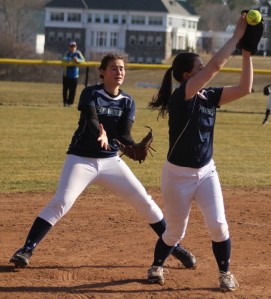 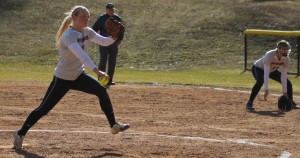 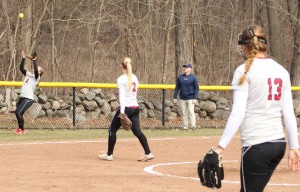 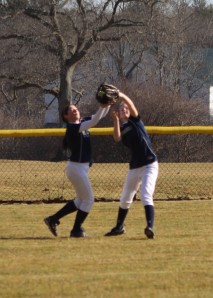 Hannah Stasiuk and Maria Garbarino get together on a fly ball