Manchester-Essex gets 39-34 road win over Triton 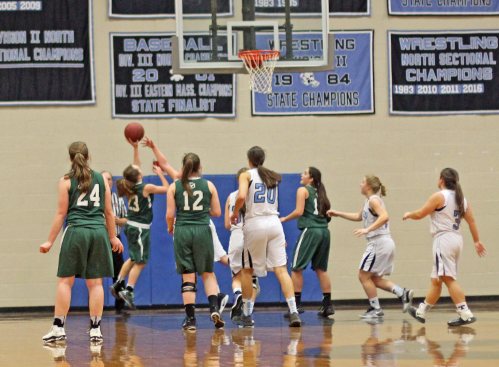 Both teams entered the game with eight W’s.  Tonight’s ninth for the Hornets moves them one game closer to the ten wins needed to qualify for the MIAA tournament.

This was a poor-shooting affair with few fast-breaks.  The half-court defenses for both teams were excellent forcing low-percentage shots and limiting second-change opportunities.

Kaitlyn’s heroics came in the second half as she canned all eleven of her points.  Her last-minute three in the third quarter moved her team to within three (27-24).

Early in the fourth quarter ME sophomore Grace Brennan struck from beyond the arc and added two free throws to give the Hornets the lead for good, 29-28, with 6:22 remaining.

Then Kaitlyn put her own six-point package together and this run gave the visitors the separation needed to win this one.

Kaitlyn’s three baskets in crunch time gave a glimpse of the kind of player she could become at ME.  The first one was a floater in the lane.  (The floater is the great equalizer for a point guard shooting over shot blockers.)  In the second one, Kaitlyn stole the ball from Tessa Lafrance and turned it into a layup.  In the final basket, the freshman got down the lane and successfully used her left hand to keep her layup attempt from being blocked. 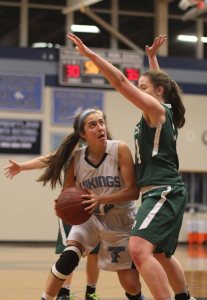 Alex Kennedy tries to find a way to get a shot off against Sarah Robinson.

In the last minute, Triton (8-5) had free throws by Alex Kennedy and a cashed jump shot from Izzy Cambece but those scores were offset by four ME free throws (Mel Carter and Sarah Robinson).

Another key to the Hornets’ win?  High-scoring Tessa Lafrance was held to only four points.  Credit Mel Carter with a little help from Bridgett Kiernan and Emily Jacobson for denying Tessa many clean looks.

Triton’s best moments were when they put nine unanswered points together to turn a 14-10 deficit in the first half into a 19-14 lead in the first minute of the second half.

In that mix of points was an old-fashioned three by Alex Kennedy (feed from Tessa Lafrance) and a Tessa fast-break layup after a ME turnover.

The Vikings had the lead to six (27-21) late in the third period before Kaitlyn O’Connell influenced the outcome in favor of ME in the final going.

The Vikings have only played at home five times in thirteen games.  On Friday night they will host winless Lynnfield.

Manchester-Essex (9-3) have won all five games at home including victories over Pentucket and North Reading.

My previous looks at both teams had two things in common: the teams lost (ME to Newburyport, and Triton to Amesbury) and both had one very bad quarter.

In Triton’s last win (40-38 over Ipswich), it was Erin Savage making two free throws in the last minute that got the job done. 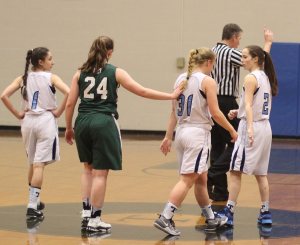 Classy move by ME’s Sarah Robinson.  After Erin Savage made an all-out attempt to make a steal in the last minute of the game (and was called for a foul), Sarah talked to Erin and patted her on the back.

I was impressed with the gritty style of Bridget Sheehan and Alex Kennedy.  Both play serious defense and are willing to take the ball to the basket.

Prettiest play of the game?  Triton fast break in which Tessa Lafrance found Alex Kennedy breaking in from the left for a layup. 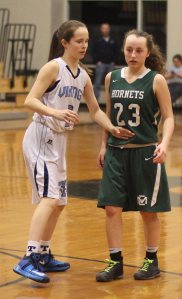 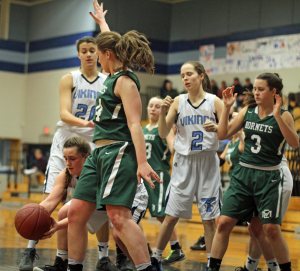 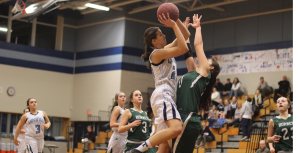 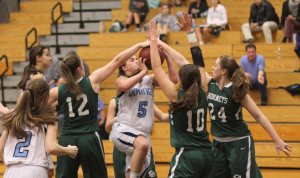 Bridget Sheehan gets her shot blocked by Mel Carter (#12) and Sarah Robinson (#24). 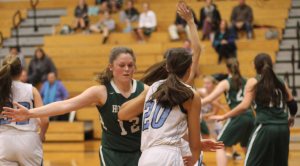 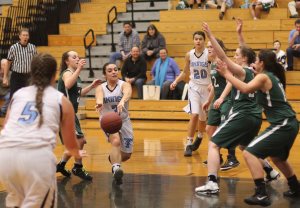 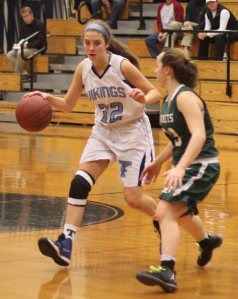 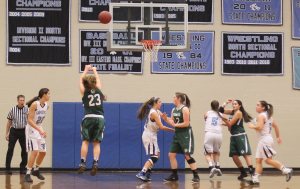 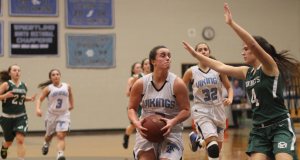 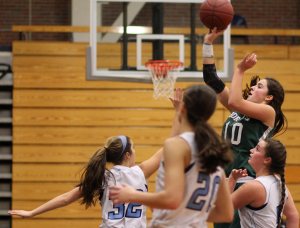 Bella Pomeroy shoots in the lane 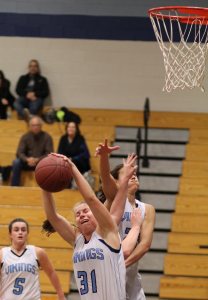 Erin Savage gets a rebound 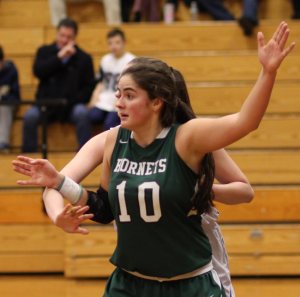 Bella Pomeroy looks for a pass 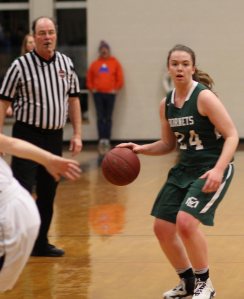 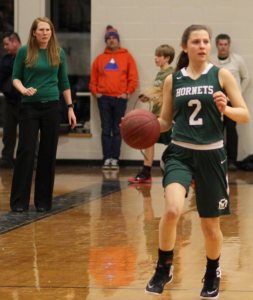