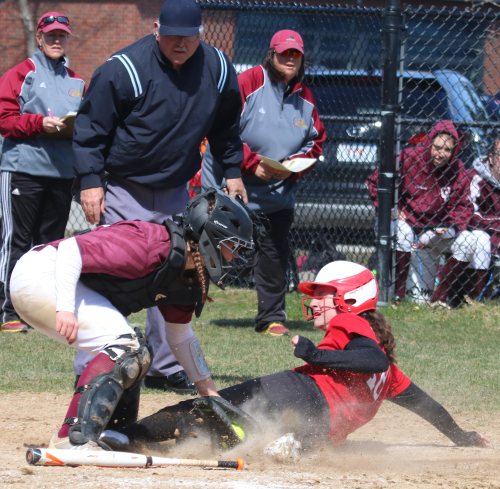 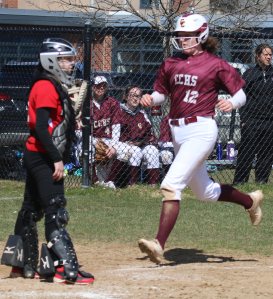 Maeve Devlin had one of Concord-Carlisle’s two homers

The Patriots (3-0) batted around in two different innings and rapped out twelve hits including two homers in an impressive display.

Senior Nicole Small went the distance for the team from the Dual County League.  Nicole gave up seven hits, two each to Hayley Catania and Karleigh Walker.

Fenceless Perry Field is not the easiest place to hit a home run but there were three in this game.  All three shots (Maeve Devlin, Virginia Ryan, Emma Catania) were to the right side and probably would have left a fenced field.  All three homers were so well hit that there wasn’t a play at the plate in any of them.

The Patriots had their two-run homers within the first three innings and jumped ahead 8-0. 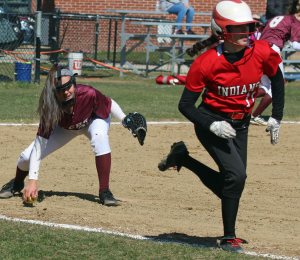 The Indians came back with two runs in the fourth inning.  Emma Catania drove in the first on a fielder’s choice while the other one came in on an infield error (3B Alyssa Attonito).

The visitors took the outcome doubt out of this one in the 6th inning.  A bad combination (for Amesbury) of four CC hits and four Amesbury walks resulted in a seven-run frame and substitutions that I won’t even attempt to describe.

The Indians put four runs up in their half of the 6th.  A two-out infield blooper by Hayley Catania brought in one run (Julia Campbell).  Sophomore Emma Catania went deep right to deliver the other three runs.

Against a good team like Division 1 Concord-Carlisle, the chances for a Division 3 teams like Amesbury to win would necessitate a lot of things going right.  Not on this morning.  Besides the hits and walks, the Indians twice ran into outs at home plate.  Credit CC on one of them: A Julia Campbell bunt, with Ashlee Porcaro on 3B, turned into a double play; pitcher to first to home. 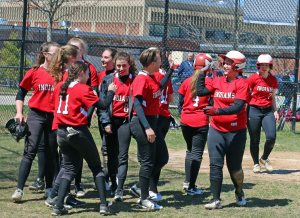 I have seen a few softball games, but I saw something happen in this game that was new to me.  During the 7th inning, CC coach Lisa McGloin visited with batter Nicole Seeley.  The conversation ended with Nicole being given a different bat.  Sure enough, Nicole would use the different bat to drive in the Patriots 16th run.  That’s what I call coaching!

The sun was out but the breeze was too.  At least there weren’t snow flurries like yesterday.  One of the pictures I look today looked like there were ice-glazed trees in the background. 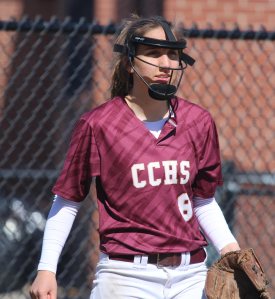 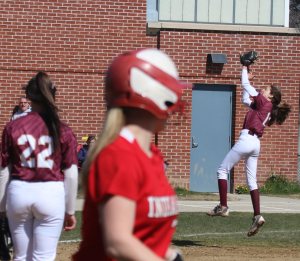 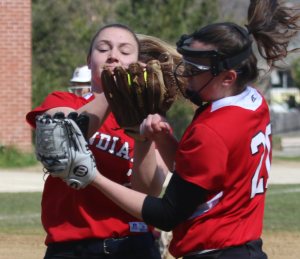 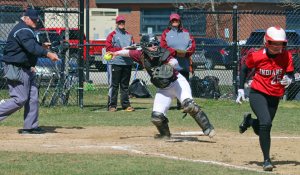 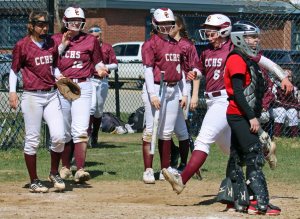 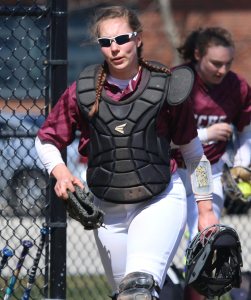 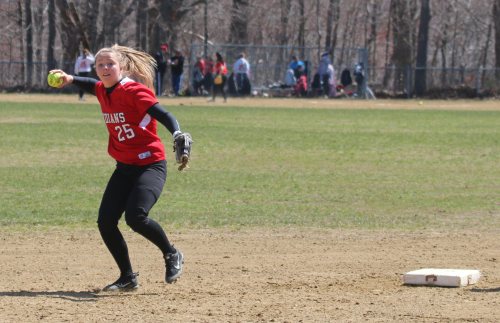 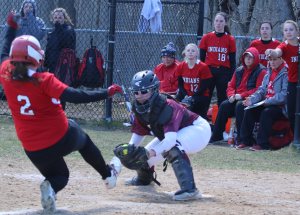 Emma Catania out by plenty at the plate 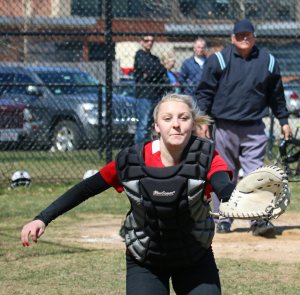 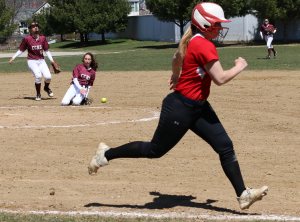 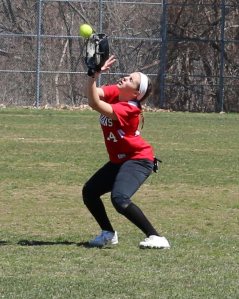 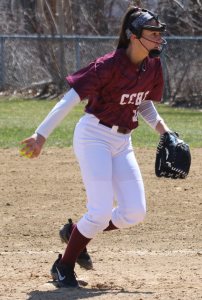 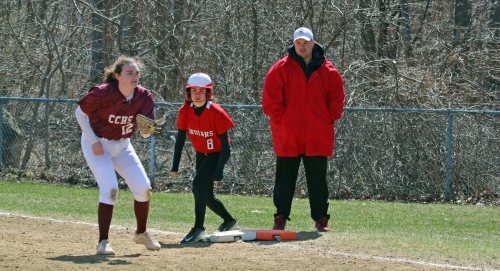 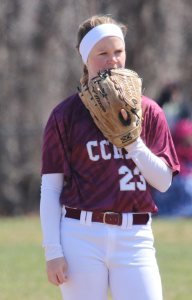 CF Catherine Kingman nailed a runner at the plate 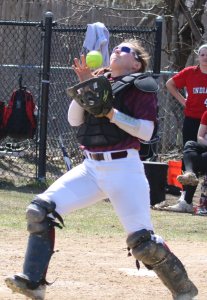 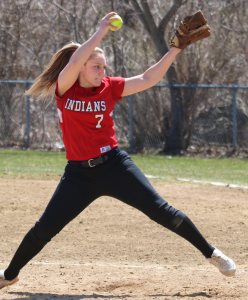