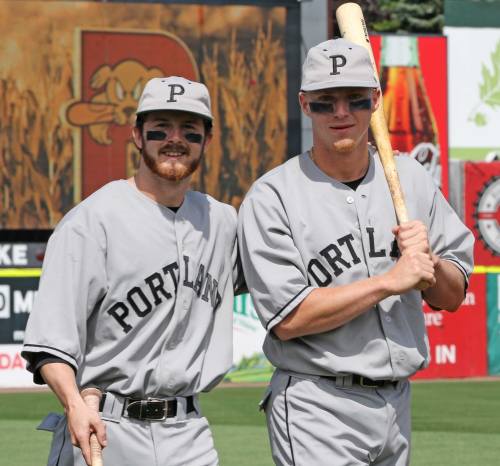 Out of the corn they came 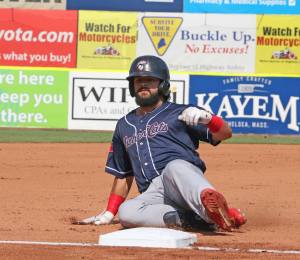 Brock Lundquist had a homer and a triple

(Portland ME) The Portland Sea Dogs emerged in costume out of the cornfield set up in centerfield at Hadlock Field.

The 15th sellout crowd of the season then witnessed the Portland version of a segment of the baseball classic, “Field of Dreams.”

The reenactment was well done on a beautiful Sunday afternoon.

I always like the show, but to me the best part is after the Portland Eskimos reach the infield.  They then go up into the crowd and thank folks for their support.  That’ll win you a lot of repeat customers!

There was also a baseball game played afterwards and it did not go well for the Sea Dogs.  The visiting New Hampshire Fisher Cats won easily, 7-1.  NH starter Yennsy Diaz held the home hitless into the seventh inning. The Dogs would only get one hit (Brett Netzer). 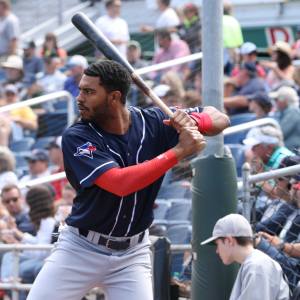 Josh Palacios had a homer for New Hampshire

Josh Palacios and Brock Lundquist homered for the team from Manchester (NH).

The teams will meet against tomorrow (Labor Day) to conclude their seasons.

I went to the game hoping to catch another look at Portland pitcher Daniel McGrath.  He was scheduled to start but got the call (yesterday?) to move up to Pawtucket to fill in there.  Daniel should start 2020 in Pawtucket with a chance to move to Fenway.  He’s that good, in my opinion.

This game was short on action because of the barrage of strikeouts.  Ten Sea Dogs K’d, and sixteen Fisher Cats were retired without contact.  For a team scoring seven runs (NH) it was hard to imagine how they could do it with that many strikeouts.  Josh Palacios was the only Fisher Cat who didn’t strike out.

Josh’s solo homer was pulled down the right field line.  Portland pitcher Matthew Gorst applied some body English to keep it foul, but it didn’t work.  I overheard Josh in the dugout say that “it started out foul and then came back fair.”

I continue to wish that minor league teams would wear uniforms with numbers on the front.  I am trying to set myself up with an excuse if I misidentify the pictures I took today. 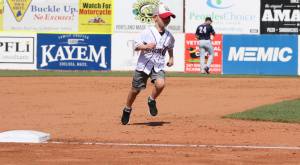 Slugger did himself no favors in his baserunning competition with a youngster when he tried to compete out of uniform.  He was all gussied up with a top hat.  He didn’t even get into his starting stance, so I knew he was done for.  The most troubling part of today’s loss was that the opponent was in enemy (Fisher Cats) garb and never came close to touching third.  Slugger didn’t catch the baserunning shortcut and took yet another defeat in his usual classy way.  Maybe a video review will give the big guy today’s win? 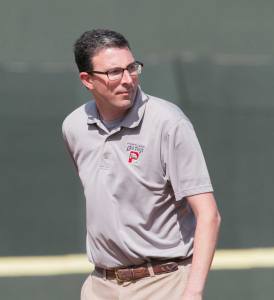 Thanks (again) to Chris Cameron for enabling me to be in the best photography locations for yet another season.

(All of the pictures above and below will enlarge considerably if you click on them.  Please let me know (85peterjulie17@gmail.com) if I have inaccurately identified players, so that I can make the needed changes.) 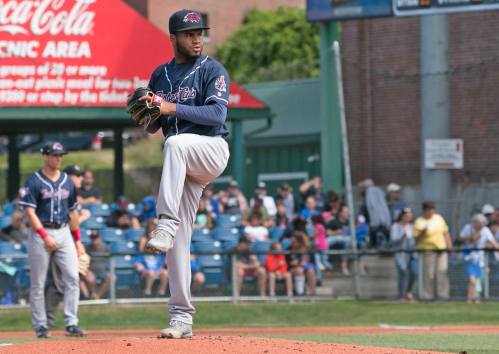 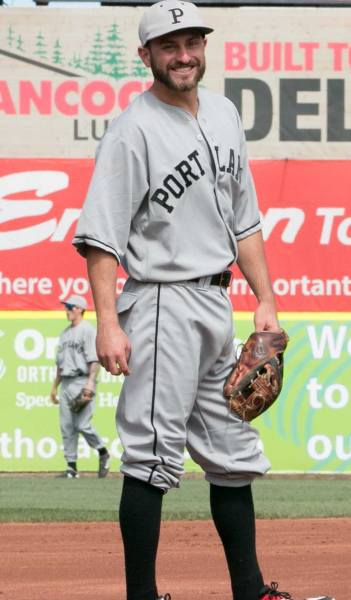 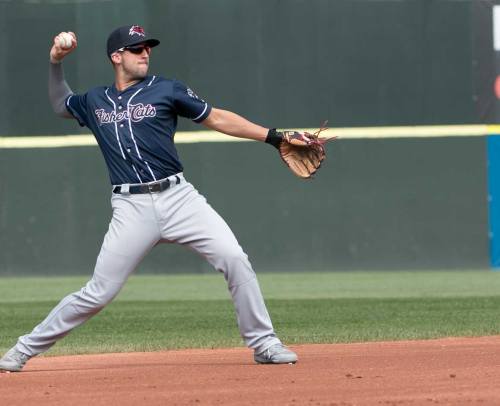 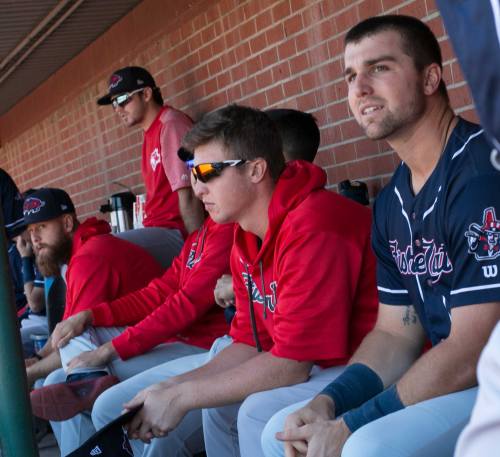 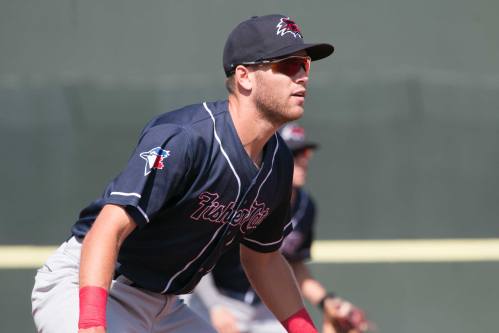 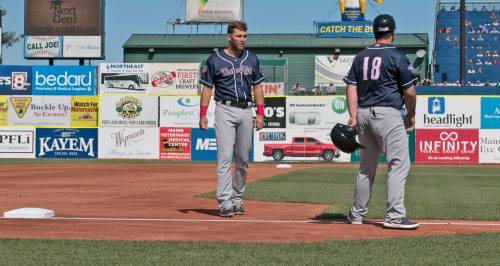 Bag stolen and a bubble blown 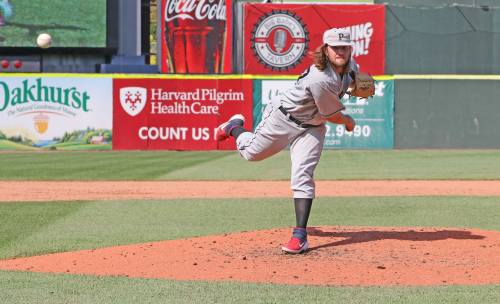 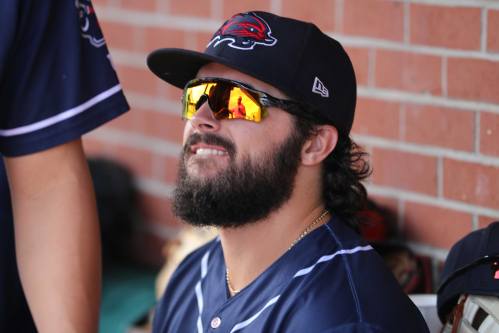 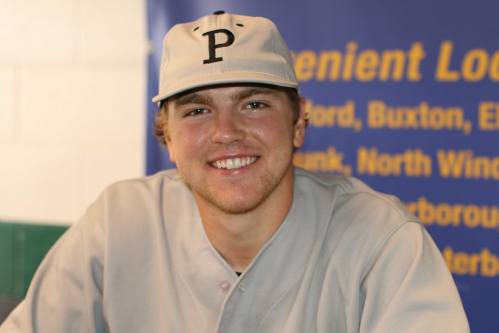 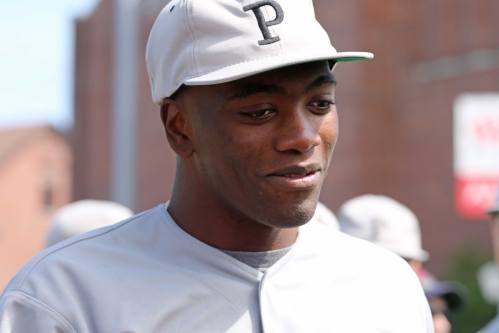 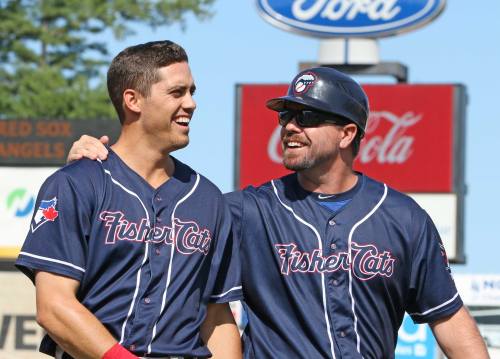 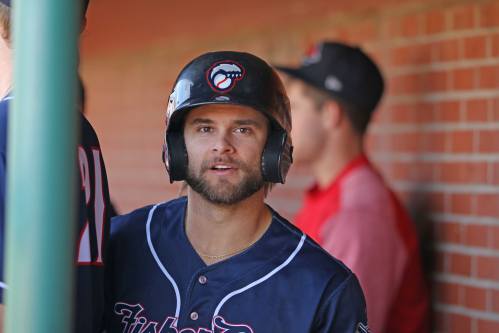