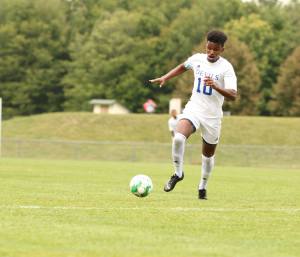 The Blue Devils (2-0) have won the Class A title two straight seasons and three of the last four.  They’re awfully talented.

I only saw a half of today’s game because by halftime there was drizzle under a threatening sky.  My camera and I have an arrangement; I keep it dry and it keeps working!

So I left at halftime but Lewiston was already comfortably ahead, 5-0, so I had good idea what the final outcome would be. 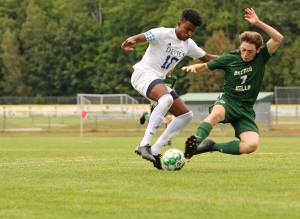 By then, senior Bilal Hersi already had three goals and had set up teammate Mohamedamin Nur beautifully for a goal.

My homework prior to today’s game led me to believe that the Vikings (0-2) would have their hands full with the visitors from Lewiston.  OH was coming off a 7-8 season with ten seniors.  Only five seniors are on this year’s team.  They were rebuilding.

I also read that Lewiston had taken Oxford Hills out of the Class A North quarterfinals, 5-0, in 2018.

What impressed me about Lewiston?  The first thing was their ability to possess the ball.  They weren’t hesitant to pass laterally and backwards in order to maintain control.  Secondly, they could get away from individual defenders and that created chances down the field. 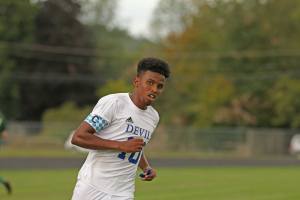 What impressed me about Bilal Hersi? He’s tall and fast.  He seemed to have the ability to control a possession for longer than other players.  He certainly had the skills to put himself in a position to finish.  I saw him score from long range, in from the right, and in from the left.  I wonder if there are any college plans?

I love watching unselfish players.  Bilal showed that side in the first half.  Hemmed in on the right by a defender near the goal, he managed to thread a pass across the goal mouth to uncovered teammate Mohamedamin Nur to set up the third goal of the game.  Creative play!

Sophomore Romano Bassa also had a goal in the first half.  He came in from the right past defender Casey Southworth for a clean look at goalie Sam Morton and capitalized.

Later I learned that according to a tweet by Lewiston AD Jason Fuller post-game, Bilal’s four goals and two assists tied a school record. 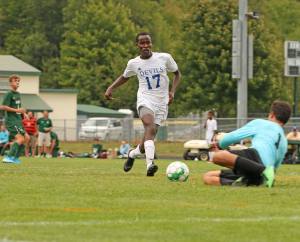 It is not wise to predict how a season will go after two games but come Class A tournament time it would be easy to imagine that Lewiston would be in the mix for a third straight title.

Despite the exceptional opposition, the Vikings never let up.  They gave up goals, but they didn’t get after each other.  They will get better as their inexperience turns into experience.

Thanks to Oxford Hills AD Kevin Ryan for making both rosters available to me on short notice. 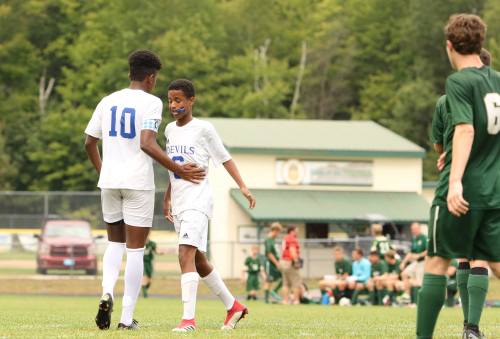 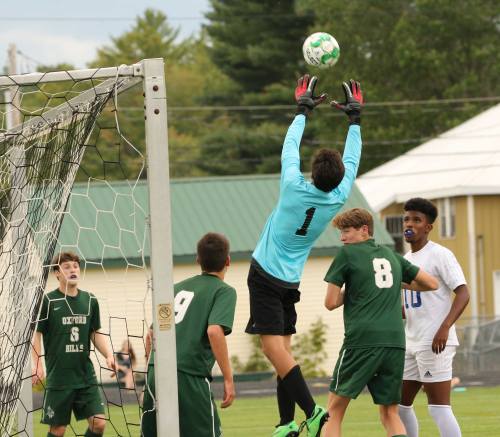 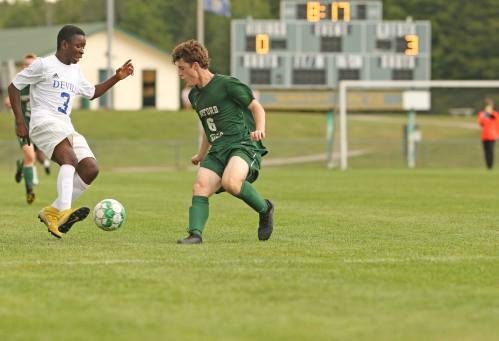 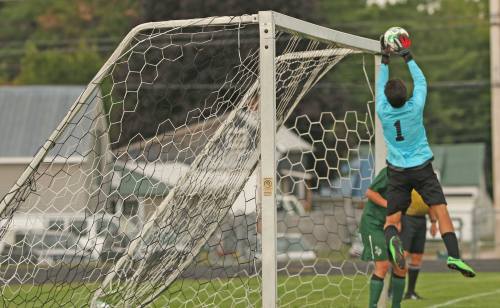