“We graduated seven seniors from that team (16-7) but the newcomers to this year’s team blew us away in practices and in the game today,” said senior captain Lou Roesler.

“It was a great season opener,” said Ipswich first-year coach Staci Sonke post-match.  “Obviously we had a little bit of rust to shake off because a lot of these girls hadn’t played in six months.  We had four really good seniors (Jillian Gregory,Anna Mossler,Gabrielle Ring, Lou Roesler) giving us a good foundation out there tonight.”

Pentucket is only in its second season of having a team.  With plenty of enthusiasm, but little experience, the Sachems took their lumps going 0-16 in that first season.

Starting this season with the likes of talented/experienced Ipswich was not an ideal matchup for the home team.

But they gave it their best and had good starts in all three sets.

“We battled, but we gave away a lot of points,” said John McNamara, Pentucket’s first-year coach.

“Ipswich is very good,” he said. “They’re solid.  We had stretches where we made multiple mistakes in a row and all of a sudden you spot them six points.  They’re going to keep that lead.”

“Pentucket gave us a good run in the first set,” said Coach Sonke, “and it was nice to get our groove back in the 2nd and 3rd sets.”

“We’ll get better,” said Coach McNamara, “but we have a lot of work to do.”

Coach Sonke also saw work ahead for her team.  “There are still things to improve on.  The idea is to stay consistent out there.”

Lou Roesler: “I was really excited to get back on the court after Covid.  During the summer, I set my expectations low and prepared myself for no season.  The reality that we would actually play came around Christmas.  I have been accepted at a number of colleges.  I am interested in humanities and environmental studies.”

It was interesting to see senior basketball players, Megan Reading & Mackenzie Currie, giving volleyball a try for the first time for Pentucket.

Macey Rodrigues-Cowl leads the Sachems onto the court 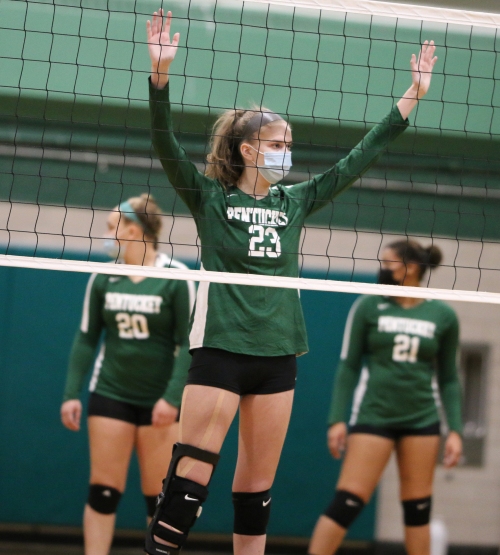 Ready for a return 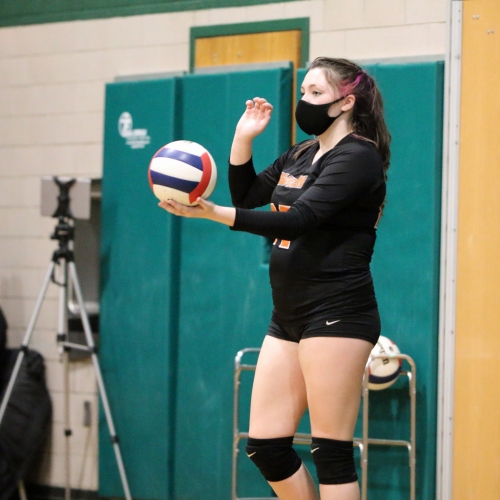 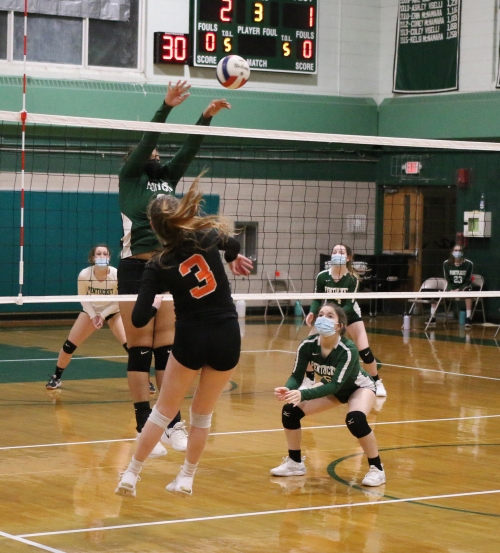 Block at the net 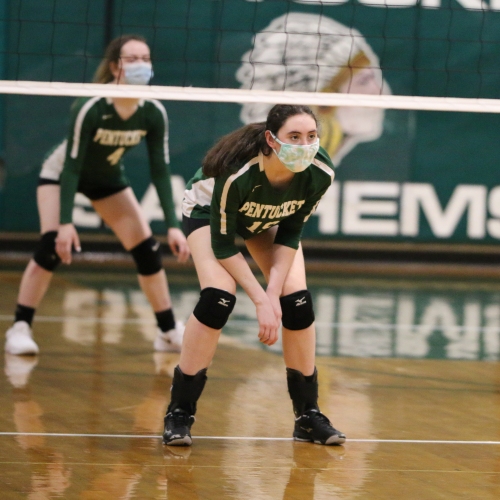 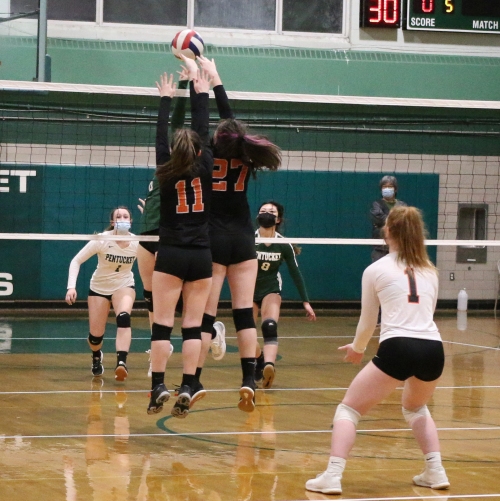 Anna Mossler and Meghan Wallace at the net