The mercy rule kicked in after the Wildcats batted in the top of the fifth inning.

With the win, Amesbury moves ahead to the quarterfinals on Tuesday afternoon (4PM) hosting Notre Dame of Tyngsboro.

Weston (9-12) rolled up twenty-five runs in their preliminary round victory against New Mission two day ago.  Nothing like that happened today, however, against Rachel Cyr as the AHS senior limited the Wildcats to two hits (Gene Miller) and one unearned run.

Because the game was shortened, the Indians (15-6) had only four innings of at-bats and they made the most of them.  There were seventeen Amesbury hits with everyone in the starting lineup getting at least one.  The only extra base hits were by Lauren Fedorchak (triple) and Amanda Schell (double).

Anyone at this game asked to explain it won’t be starting with Weston’s lack of hitting or Amesbury’s ability to hit.  They would probably start with the very shaky Weston defense.  The Wildcats committed eight errors, by my count, including four in the first inning when Amesbury put up seven runs.

For some reason, both good defense or bad defense can be contagious.  In this case, the inability to make plays in the field enveloped the visitors from the Dual County League.  And Amesbury just aggravated the situation by putting ball after ball in play for four innings.

What looked like minor damage by Amesbury in the first inning (two runs), due to two fielding miscues (Gene Miller and Katie Valle), became major damage (seven runs) when two more errors (Katie Valle and Naomi Silverstein) followed before the end of the inning.

The Indians added four runs in the second, two in the third, and four more in the fourth.  AHS coach Chris Perry had all of his reserves in action before this one ended.  Sophomore Megan Reid came off the bench to single in the fourth inning.

Amanda Schell and Alexis Boswell led the way for Amesbury with three hits apiece. Lucy Scholz, Zoe Fitzgerald, and Lauren Fedorchak each had two hits for the Indians.

The Wildcats collected their lone run in the fourth inning.  Alison Heilbronner’s bunt was thrown away by 3B Autumn Kligerman allowing Alison to get second.  A wild pitch moved Alison to third and from there she was singled home by Gene Miller.

Weather?  The only concern might have been from a possible sunburn!

Sophomore Maddie Piccione took the loss for Weston.  The less said about the support behind her the better.

Rachel Cyr will be going to Salem State next year to play softball.

Cape Ann League softball Player-of-the-Year (Amanda Schell) will attending Ithaca (NY) to play field hockey for the D3 Bombers next year. I wonder if the softball coach knows about her?

Amesbury had a nice speaker system in place for the game and we heard the National Anthem as well as batter identifications.  The scoreboard was also used. 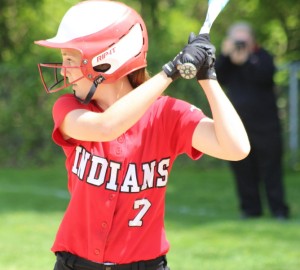 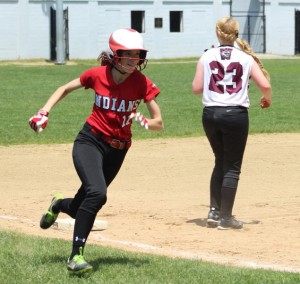 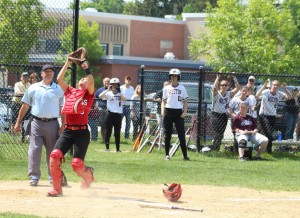