Pitcher Julie Freitas and Caitlin Kutcher after Newburyport’s final out

(Newburyport MA) The Pentucket/Newburyport softball matchup once again did not deviate from its usual pattern.

The Sachems (1-0), for the third straight time, carried a tight game into the late innings and came away with a win.

This time the final was 3-2 on a gorgeous Monday afternoon at Pepe Field in Pioneer Park in Cape Ann League action.

Junior Autumn West the hitting star for Pentucket.  The Sachems third baseman collected half of their six hits, scored their first run, and drove in what turned out to be the game winner.

Junior Julie (“Bug” to some) Freitas got the win for Pentucket striking out six including Mandy Linehan with two-on, and two out, in the bottom of the 7th.

Neither team hit the ball very hard.  There were no extra-base hits.

Junior Paige Gouldthorpe was the tough-luck loser for Newburyport (0-1).  Paige struck out Sachems in every inning and ended with 12 K’s.

Seeing-eye, dribblers through the NHS infield by Autumn West and Madi Codair in the first inning turned into two runs later in the inning.  Autumn slid home on a wild pitch and Madi scored on Gina D’Agostino’s fielder’s choice. 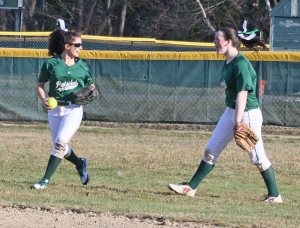 Fiona Hill saved runs with her catch in the 6th.

Those two Pentucket runs held up until the 5th and 6th.  The Clippers scored twice but stranded five baserunners in those two frames.  The key to limiting Newburyport to just two runs?  Terrific catches by 2B Madi Codair (5th) and CF Fiona Hill (6th).  In both instances the catches were made just above the ground.  Fiona’s catch was with the bases loaded.  If that ball had gotten past her the Clippers probably would have added three runs.  Crucial catches by both players! 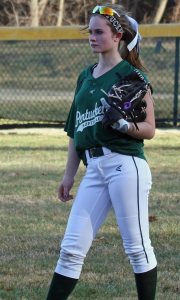 In the Clippers 7th, pinchrunner Meghan Rogers reached second with two outs.  Olivia Salvatore ripped a single to left but it was hit so hard, and Pentucket LF Taylor Fitzpatrick got the ball back in so fast, that Meghan was held a third.  Julie Freitas then ended this one by striking out Mandy Linehan.

Sophomore Mikayla Vincent made several nice plays in left for the Clippers while Taylor Fitzpatrick did the same in the same position for Pentucket.

Last year in Newburyport’s opener at Pentucket, Mo Quinn drove in two runs in the bottom of the 7th for an 8-7 Sachems win.  Later when the teams met in May in Newburyport, Madi Codair had a 2-run double in the 9th inning that led to a 3-1 Pentucket victory.

The Clippers stranded eleven baserunners including eight in the final four innings.  Clutch pitching by Julie Freitas and star-in-the-book catches by Madi Codair and Fiona Hill gave Pentucket the W.

(The pictures above and below will enlarge considerably if you click on them.) 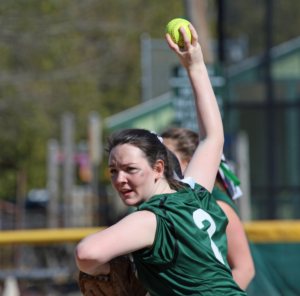 Grounder gets past NHS shortstop Jade Carpenter in the first 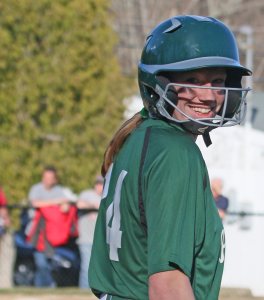