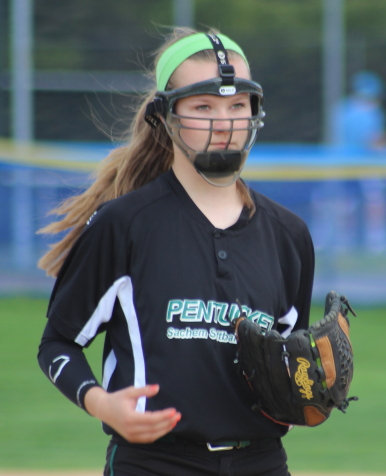 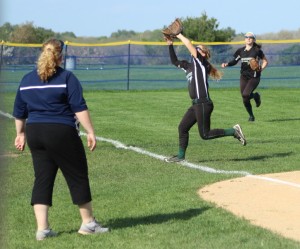 (Byfield MA)  Way too much Jenny Nelson for the Triton Vikings on this sunny Monday afternoon.

The Pentucket sophomore struck out eleven and scattered two hits (both by Mara Spears) as the Sachems defeated Triton, 5-0, in Cape Ann League softball.

The last three games for Triton (5-11) have been a big surprise to anyone connected to their program.  The Vikings had put five straight wins together but since then have not only lost three straight but haven’t scored a run in twenty-three straight innings.

Pentucket (7-7) has now won two straight.  They need to get to ten wins in the remaining six games to qualify for the post-season tournament.  You have to like their chances after the way they played today. 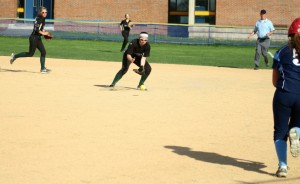 Pentucket loaded the bases with singles in the third with one out.  Mary Kate Corrado’s grounder to short resulted in a baserunner interference call on Tyler Feeney but pinchrunner Sarah Stewart reached home with Pentucket’s second run.

confusion in the Triton outfield

Ahead 2-0, the visitors created two runs in the fifth inning off of Triton reliever Haley Johnson.  Kassidy Kennefick put down a perfect bunt to reach.  Then Tyler Feeney lofted a popup into right field that was misjudged by rightfielder Cailin Fraser allowing Kassidy to reach third.  Kassidy then scored on Sydney Snow’s RBI single with Tyler taking third.  Tyler surprised the Vikings by stealing home after a throwback from catcher Julia Hartman to pitcher Haley Johnson.

The final Pentucket run was set up in the sixth inning by a sacrifice bunt (Jenny Nelson) that alert baserunner Nicolette Kent used to get from first to third on.  That baserunning put Nicolette at third where she came home on senior Allison Knowles sacrifice fly. 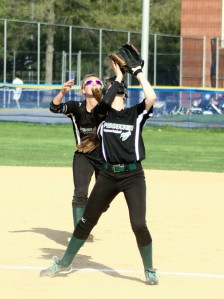 And while Pentucket was finding ways to score runs, the Vikings struggled to get baserunners. They had only four in the entire game.  Triton had only one fly-ball out.  They did get runners to second and third in the sixth inning but pitcher Jenny Nelson handled Emma McGonagle’s popup to end the inning.

Shortstop Kassidy Kennefick made a nice running catch in foul territory in the fourth inning.

Triton’s second baseman Kylie Gilroy put on quite a show in the Pentucket seventh.  The senior captain handled three tough chances flawlessly: (1) running catch on a popup, (2) speared a line drive to her right, and (3) came up with a hard-hit grounder to throw out Sydney Snow.  Good stuff!

The top four hitters in the Pentucket lineup (Maddie Binding, Kassidy Kennefick, Tyler Feeney, and Sydney Snow) each had two hits.  The rest of the batting order…………..not so much!

Triton’s next game will be at Masconomet on Wednesday.  Pentucket hosts Manchester-Essex tomorrow (Tuesday).

Weather?  When you get a breeze at Triton that feels good, you know it’s warm out and it was. 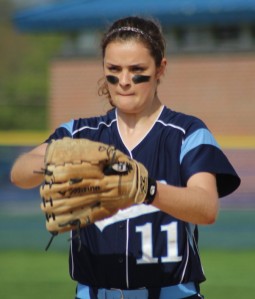 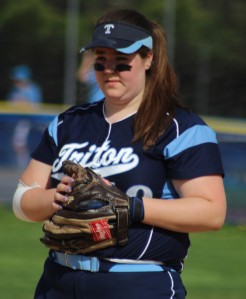 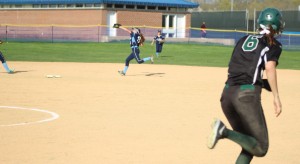 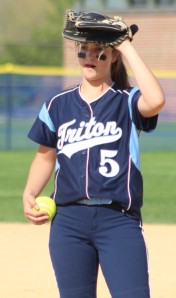 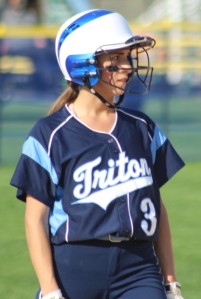 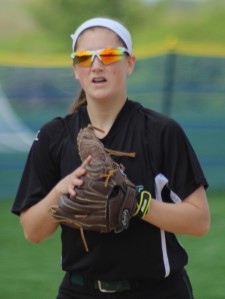 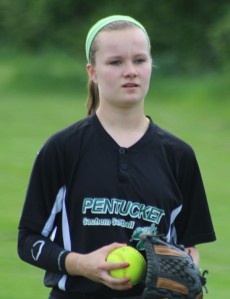 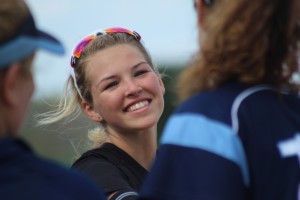