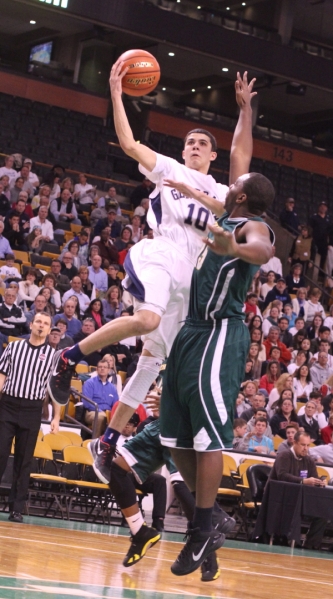 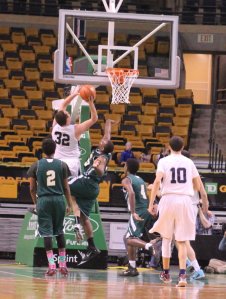 (Boston MA) It was as dramatic a change as you’ll ever see come over two basketball teams in a game.

For twelve minutes one team (Cathedral) was quick and made shots while the other team (Hamilton-Wenham) looked a step slow and couldn’t hit anything.  That disparity sent the South champion Panthers (17-8) off to a 12-5 first quarter lead and the team from Boston was still up 18-12 halfway through the second quarter.

After that the dramatic change took place and the undefeated North champion Generals (24-0) put everything together to overwhelm Cathedral, 64-35, and win the Division 4 state semifinals on Monday afternoon at the TD Garden.

The reasons for the change?  One was the HW zone defense.  The Generals had size and Cathedral had limited good looks at the 3’s they generally take.  The Panthers still tried to live long range and had almost no offensive rebounds or layups.  The other reason for the HW turnaround was sophomore point guard Marcus Zegarowski (24 points).  His ability to run an offense became more and more evident as the game went on.  Marcus created for himself and he also set up teammates (6 assists).  The Panthers ran a number of man-to-man defenders at him but his quickness opened up shots from near and far.  Marcus was able to get to the rim for five scores. 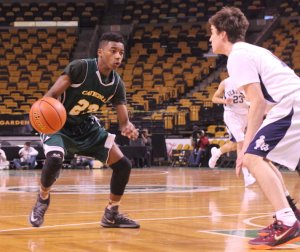 But in the early going Cathedral looked to be the better team.  Though smaller than HW, they connected twice from long range (Trevor Lynch and Moses Flowers) and forced three Generals’ turnovers in the first quarter.

Two layups by Julian Howell and a converted rebound by Trevor Lynch in the first four minutes of the second quarter started to make believers of some of the upset-hopers in the crowd.

But before that second quarter was over the Generals had rattled off ten unanswered points to hold a 22-18 halftime advantage.

The last minute of that first half (eight HW points) was a foretaste of Hamilton-Wenham’s domination to come.  Marcus Zegarowski started it with a steal and layup. (Cathedral had three turnovers in the final minute.)  Then after a turnover, reserve Nick DiMarino drained a three.  After yet another turnover Max Zegarowski finished the pull-away final minute with three of his own to finish the quarter. 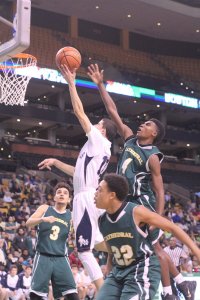 Marcus Zegarowski gets to the rim

You thought maybe Cathedral would regroup at halftime.  They were only down four.  You thought wrong.  HW was just getting started.  The Generals added eleven more in a row to start the third quarter before Christopher Alzate hit a three for Cathedral.  That basket cut the Cathedral deficit to 33-21.

Plenty of time for the Panthers to regroup with 1 ½ quarters remaining.  But as I said before, the Generals weren’t finished.  The rest of the quarter was all Hamilton-Wenham.  The Panthers tried to tighten up on the perimeter but HW then had husky 6-4 Nolan Wilson (13 points) getting single coverage in close.  The Generals milked that mismatch for eight points.  Meanwhile Marcus Zegarowski added his ten points to the 26-point HW quarter.  The team from the Central Catholic League had only the 3-pointer to show for the quarter.

When that quarter ended the Generals were in complete command, 48-21.  That quarter was either beautiful or horrific depending on the team you were with but there was definitely no middle ground!

If there had been a Mercy Rule, as in softball, this one would have ended after three quarters but it didn’t.  I was glad for that because both teams had the opportunity to give their entire rosters a chance to play at the Garden. 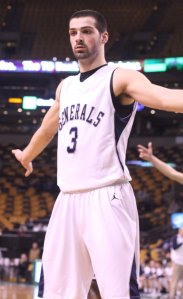 Hamilton-Wenham will play for the Division 4 state title on Friday night at WPI at 7:45PM.

Hamilton-Wenham is from the Cape Ann League.

Cathedral had twenty-five turnovers while the Generals had only eight. 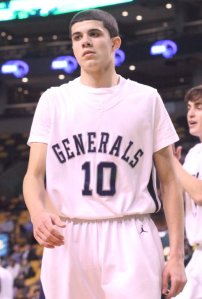 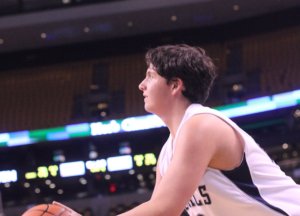 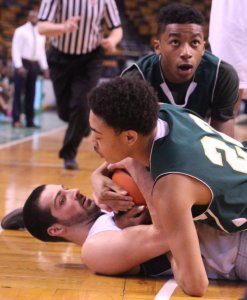