Notice in the header above that early on Dom was in total command.

(Harrison ME) Fifty yards into Wednesday’s Harrison 5K Run by the Lake Dominic Sclafani had a twenty yard lead.

Then the Oxford Hills graduate really took off!

Dominic would finish the course in an impressive 17:32 leaving the competition far behind.

Gavin Kuns of Bridgton was the first of the 100+ runners chasing second place to arrive.  Gavin arrived over 1 ½ minutes after Dominic reached the Harrison Post Office parking lot.

Two years ago, Dominic finished second in this race as a 15-year-old recording a time of 19:13. The Harrison native has obviously benefitted from spending the last two seasons connected to the Oxford Hills track program.

I could have figured Dominic for an easy night in this race if I had checked further into the results of Tuesday’s prestigious Bridgton 4 on the Fourth.  Dominic was terrific in that event missing a 13th place finish by only two seconds.

Nancy Sullivan from Ann Arbor, Michigan timed in at 21:58 to pace the female finishers.

Erik Martin took 3rd this time around after getting 2nd in 2016.

Noah Currier and Arno Bommer were also again among the race’s top ten finishers.  Noah moved up to 5th after being 8th last year.  Arno was 6th which was a place better than 2016.

Eleven-year-old Amelia Bommer dropped thirty seconds from last year’s time and she became the second female to finish the event.

The weather was perfect.  The 7PM start brought on the cooler temperatures.  Running along the lake (Long Lake) added breezes.

Strong effort made, and accomplished, to minimize the effect the race has on Harrison traffic.  Keeping the nearly 200 runners in the breakdown lane eliminated stop-and-waits for those driving through. 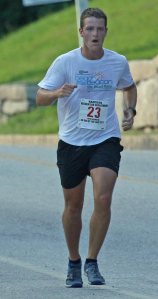 Gavin Kuns of Bridgton was second. 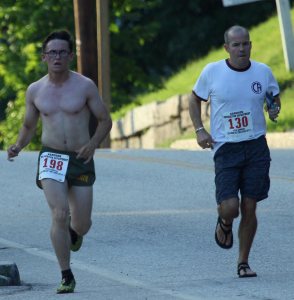 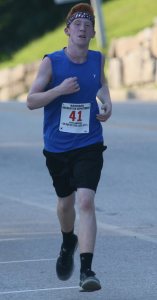 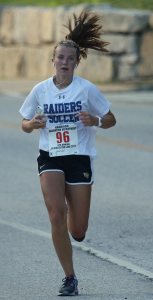 Jillian Davis of Gray (ME) was the 3rd female to finish 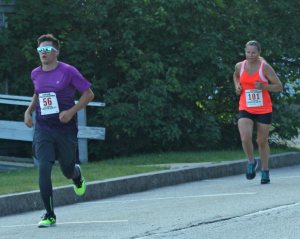 Encouragement near the finish