(Harrison ME) It is the question that separates the first-timers from the veterans: “Is that it?”

The first-timer to the Grand Parade at Harrison’s Old Home Days is never prepared for the length of this parade.

Come a little late and you find that the percentage of the parade missed is surprisingly significant.

This year’s edition lasted fifteen minutes.  That was all of it!

And I enjoyed it. 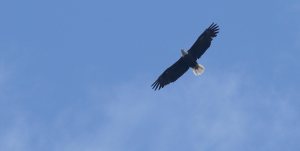 I also enjoyed checking out geese parading, a young man jumping into Long Lake, and catching an eagle overhead while waiting for the parade to start.  What an area!

The parade wasted no time with the minimum of frills.

On a hot Saturday afternoon, with Long Lake rippling nearby, an uncomplicated collection of representations was perfect.

Fire equipment is a staple.  I always like to get a picture of little ones riding up front.

In a non-election year there were no politicians to be found.  Funny how they find time in election years to attend.

No sign of the Kora little cars this year.  I’m starting to think that they come every other year.

I was impressed with the volunteer band.  The sound was good and they looked like they were enjoying themselves.

Camp Wigwam was on hand with a nifty assortment of water guns.  My camera did not get fired at which spared the camp a possible lawsuit…..just kidding.

Averill Davis continued his string of appearances with his Woody.

Brian and his John Deere tractor were back in the parade. 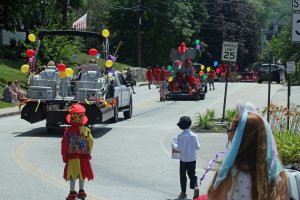 Talent on the street 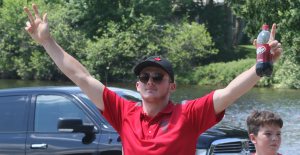 Water in the air

Brian with his John Deere tractor 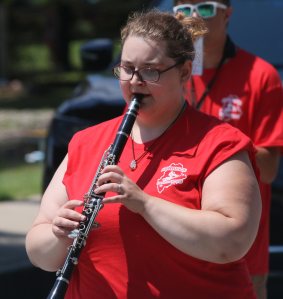 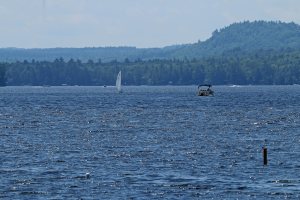