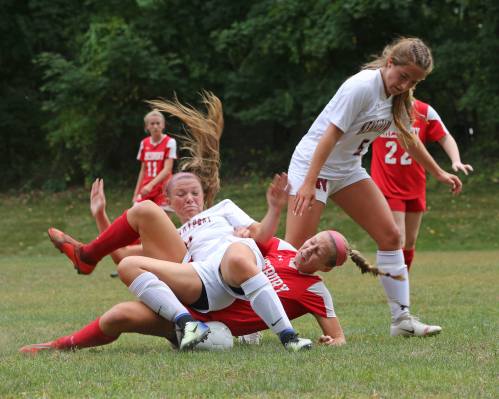 Cricket Good and Alyssa Pettet get tangled up 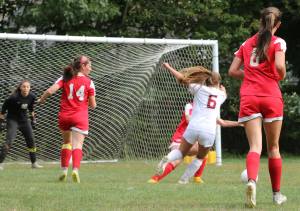 Olivia Coletti moves into space in front of the Amesbury goal

(Amesbury MA) My camera has a deal with me: I keep it dry, and it continues to work.

Out of nowhere, just before halftime, the rains came to Cashman Elementary School this afternoon during a nice matchup up between Newburyport and Amesbury.

That rain was my cue to exit……..and I reluctantly did.

Newburyport had a 1-0 led at halftime, thanks to a goal by senior Olivia Coletti ten minutes into the game.

Olivia came from left to right and found space for a shot to Amesbury goalie Alli Napoli’s left to get her first goal of the season. Senior Cricket Good recorded her second assist of the season on the play.

The Clippers (3-3-2) dominated the first half with many short, connecting passes.

Alli Napoli reaches for a shot in traffic

Alyssa Pettet (7th goal) tied the score in the second half

Amesbury had several quality chances. Almost every time the Indians were able to get the ball into the possession of Holy Cross commit Alyssa Pettet, danger loomed for the Clippers.  Alyssa (AHS junior) has the skills to create her own space and can reach the net from long range.  She already has six goals.  Alyssa put several shots on net that tested Newburyport GK Anneliese Truesdale.

That the final score was a low score is no surprise considering the history between the two schools.  Last year was a 1-1 tie.  The year before it was Amesbury 1-0.  The two previous years were 1-0 wins for the Clippers.

Amesbury coach Adam Thibodeau: “Alyssa Pettet tied the score in the second half off a throw in.  Her shot was a long one about 30-35 feet and it was tucked under the bar.”

This was Alyssa’s 7th goal of the season.  Junior Sammy Pustizzi had the assist on the score.

(All of the pictures above and below were first-half pictures.  They will enlarge significantly if you click on them.) 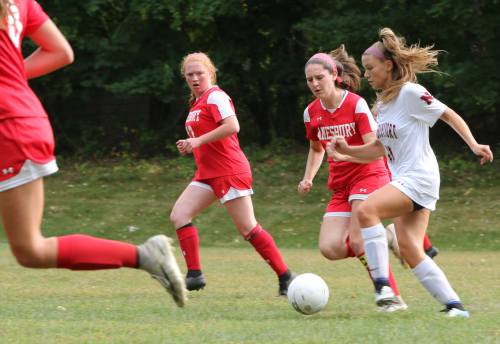 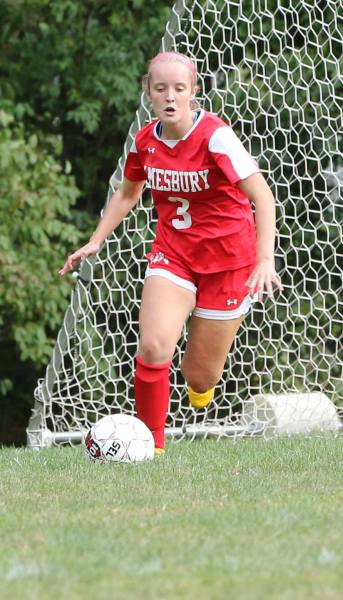 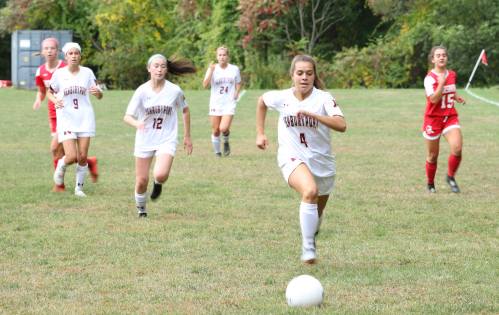