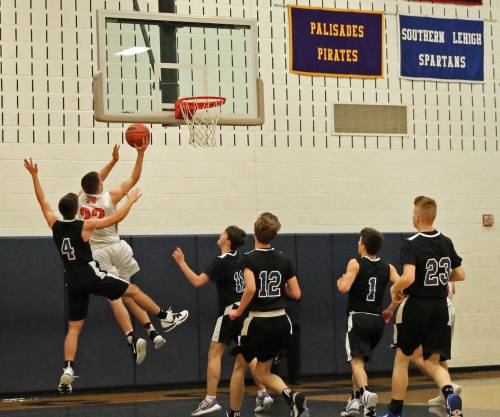 Zac Gula (22) in for two of his twenty points 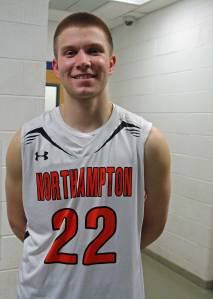 (Allentown PA) Zac Gula (20 points) made the end of the first three quarters a personal showcase and led Northampton to an 82-55 win over Quakertown on Friday night at Salisbury High School.

The victory puts the Konkrete Kids (5-2) into the Salisbury Holiday Tournament finals tomorrow.

Northampton will be looking to win the tournament for the third straight year.

Quakertown (0-7) came out with plenty of energy and made shots.  The Panthers were in a tie game (19-19) three minutes into the second quarter.

“We hadn’t played a game for a week,” said Northampton coach Coy Stampone.  “I wasn’t sure how we’d start out.”

The Kids came out missing and had to change their approach on offense.

“We started to go inside to score points,” explained Coach Stampone.  “When they doubled, we kicked it outside and got shots in rhythm.  I was pleased with the way we adjusted.”

Junior Jon Altomare (6-6) was the key force inside for Northampton and had nine first-half points. 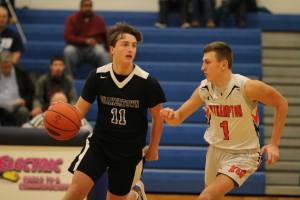 Senior Zac Gula was a marvel at the end of each of the first three periods.  Zac ended up with twenty points but sixteen of them came within the last minute of each of those quarters.

First quarter? Converted a rebound and hit a runner in the lane.

These were all within in the last minute of each of those quarters!

Zac didn’t reference his last-minute heroics when I talked with him after the game.  “We started out slow and picked it up,” said Zac.  “We scored a lot of points.  I’m excited about the way this season is going.” 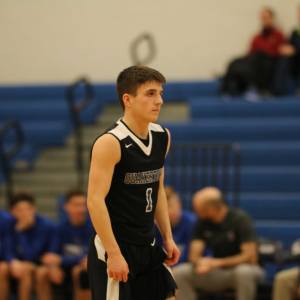 Matt’s three from the left earned Q’Town a 19-19 tie three minutes into the 2nd quarter.

The Konkrete Kids took the lead for good, 21-19, on a Jon Altomare layup in close.

The Panthers’ deficit was only four (27-23) after a Luke Bauer layin.  But then Zac Gula went off for eight unanswered points in the last minute and Northampton had a 35-23 halftime lead.

The margin reached twenty-one (58-37) in the third quarter.  Sophomore Isaac Harris (17 points) led the Kids with nine points in that frame.

Northampton is from the East Penn Conference while Quakertown is in the Suburban One League.

The best play of the game may have been a 4th quarter save Quakertown’s Luke Bauer made.  Not only did the junior keep the ball from going out but he also flipped the ball in to teammate Kayden Roley who made a layup.  Luke ended up out-of-sight behind the Quakertown bench.  Good hustle!

The Kids were in the district championship game two years ago.

Coach Stampone: “Our defense tonight eventually transitioned into some pretty good offense.  When we get stops, rebound, and transition, I like our game.” 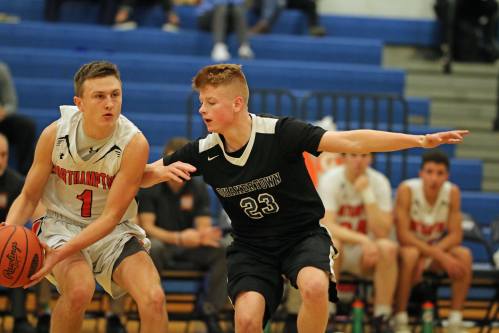 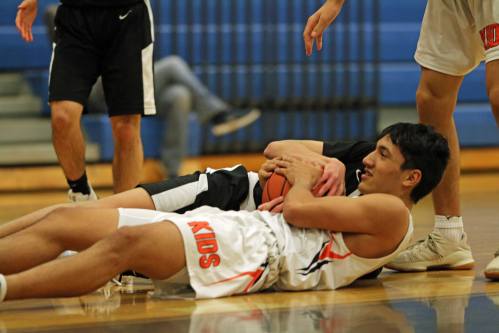 Ball on the floor 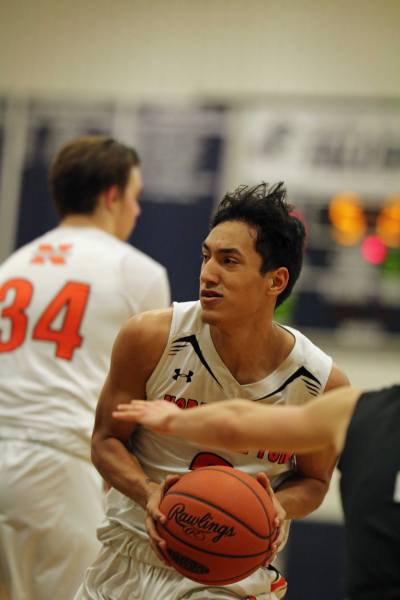 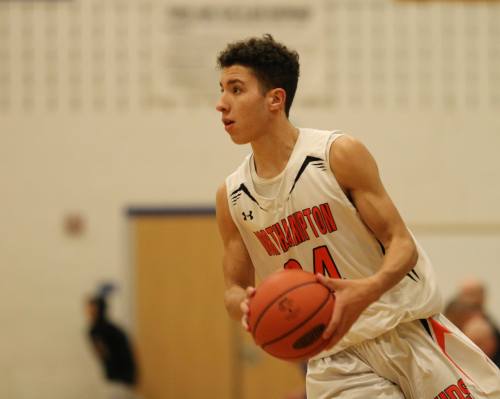 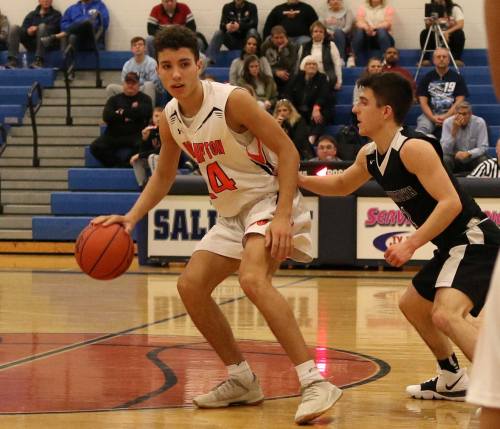 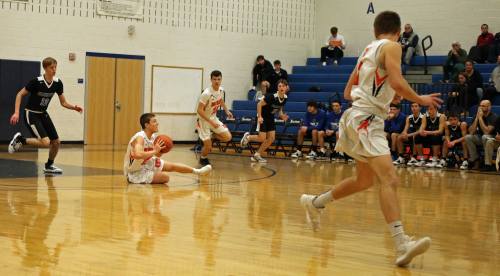 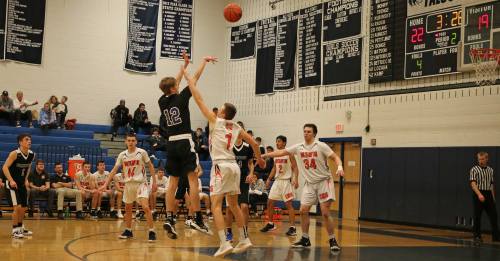 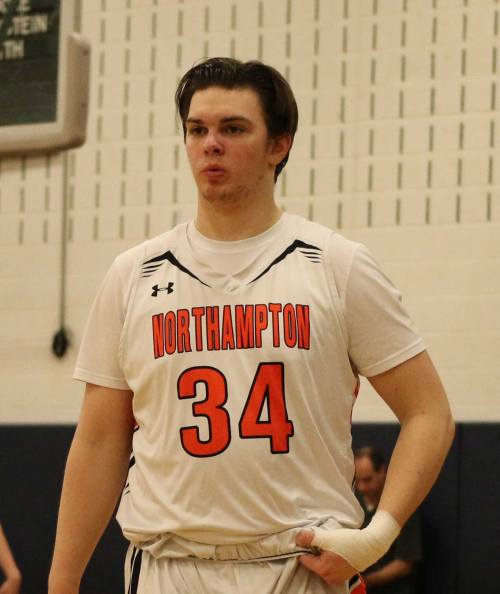 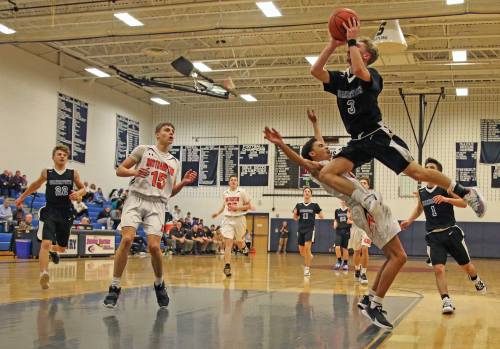 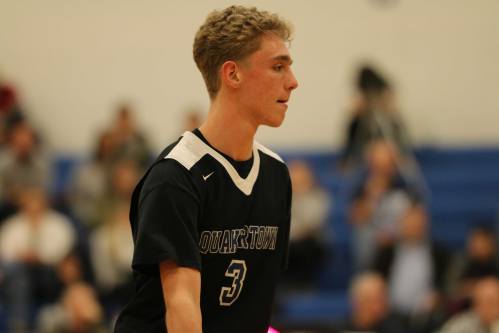