Nick Carleo cruises home with the D5 title by 44 seconds

Jack finished 40th but after the totals of the first five runners for both HW and Newburyport were 72 the cross country tie-breaker kicked in.

What is that tie-breaker, you ask?  The matchup between both teams’ 6th runner.  On this sunny morning it meant that Jack Blatchford’s 40th place finish bested Newburyport’s Jackson Kesley’s 61th place finish and gave the Generals the EMass D5 Boys’ title.

When the results of D5 Boys was first posted at Wrentham they reported that HW had won, 68-69.  They also posted the list of finishers.  Some untrusting soul decided to add up the totals for themselves and realized that the closing totals should have been, 72-72.  Somewhere I recall a math teacher in my past telling me to check my work!

Newburyport’s Nick Carleo departed from the D5 pack in the first 100 yards and ended up with a 44 second lead over Pentucket’s Alex Demeule when the 5K was over.

Nick will be running in the Division 2 championship on Saturday at Franklin Park.  There will be challengers to push him in that event.

Getting back to the tie between HW and Newburyport.  Watch the battle for 4th place between HW senior Mike Allara and Clippers sophomore Jack Carleo down the stretch.  If that battle ends differently the outcome is different.  You have to remember that in team results no one person ever loses it for their team.  Too many other variables that could have changed things…..but it was exciting.

Hamilton-Wenham swept boys and girls in D5 while another Cape Ann League team (Manchester-Essex) did the same thing in Division 6.  Expect the CAL to do very well in the Division 2 championships.

(This blog is easily edited.  If I have made a mistake (spelin) let me know.) 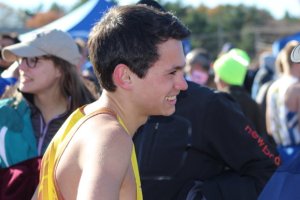 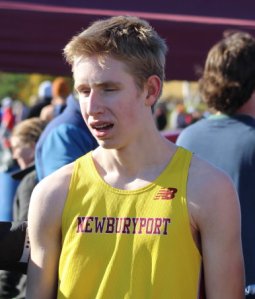 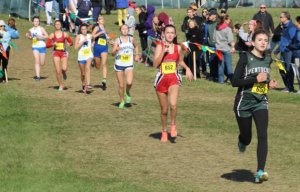 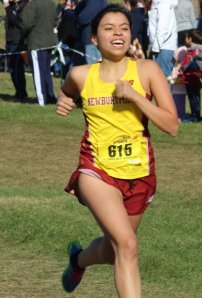 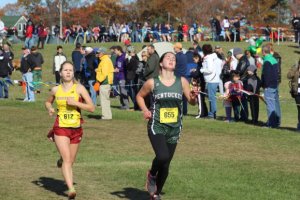 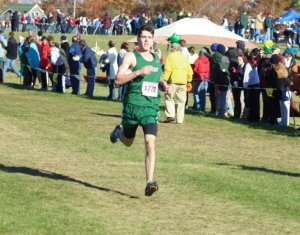 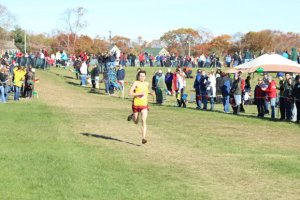 Nick Carleo with big lead at the finish 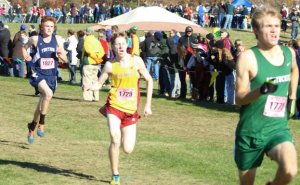