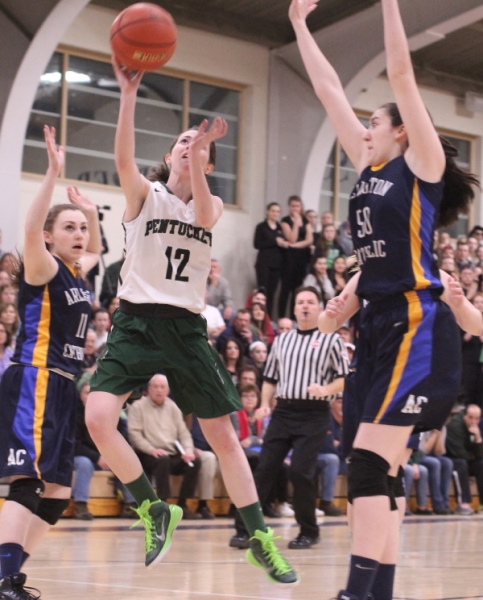 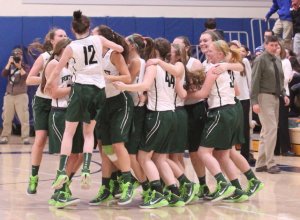 Arlington Catholic had trouble taking care of the ball in the first half (sixteen turnovers) and made only three-of-ten free throws in the second half.  But despite that unsavory combination, the Cougars trailed by only four (29-25) with 2:19 left.  A three by Marie Gaffney (11 points) keyed AC’s late run.

This was where Kelsi McNamara (15 points) took over the scoring load for the Sachems.  She put up five unanswered points (two jump shots and a free throw) to seal the deal for Pentucket (23-1) and became, in the process, the Sachems’ all-time top scorer with over 1200 points. 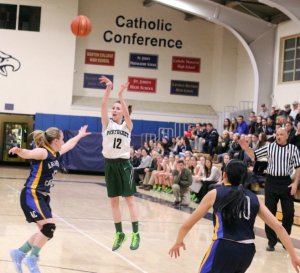 Kelsi McNamara puts up a three

Pentucket coach John McNamara was forced to play Kelsi sparingly after she picked up her 4th foul with plenty of time left in the final quarter.  But when Kelsi came back for the final 2+ minutes you knew that she would try to find shots no matter what the defense did.  In both baskets Kelsi went left in heavy traffic, including 6-2 Demi Fogarty, and still made the shots.  A third try in the same area earned her free throws.  The active Pentucket student section then saluted her with, “MVP, MVP.”

If anyone was giving out an MVP award I suspect that sophomore Colleen Jameson (15 points) would also deserve plenty of consideration.  Colleen drained five three’s including four in the decisive third quarter.

Colleen’s second three gave Pentucket the lead (16-13) for good.  The next three was assisted by Kelsi and then came the backbreaker (for AC) when Colleen had the ball with time running out on the shot clock and rushed a long three that swished as the shot clock went off.  That prompted an AC timeout and some significant defense on Colleen the rest of the way.  But before the quarter ended there was Colleen behind the arc in front of the Sachems’ student section and one more time she clicked from long range.  Thanks to Colleen’s accuracy the Sachems were in front, 26-16, after three quarters. 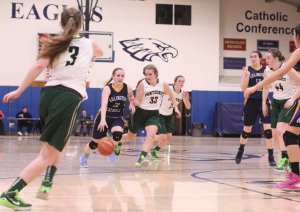 There was plenty of time for the defending D2 champions to respond and they did getting within four before Kelsi McNamara took over.

I am confident that when the AC faithful try to figure out where this game was lost they will say that the second quarter did them in.  And who can argue!  The Cougars (18-6) did not score a single point in the second quarter.  Zip.  Nada.  All they had to show for that quarter were nine turnovers all of which were in the frontcourt.  Credit the Pentucket defense.  They were relentless and their double-teams kept Arlington Catholic from running organized offense and capitalizing on 6-2 Demi Fogarty in close.

Colleen Jameson had three 3’s in Pentucket’s quarterfinal win over Wakefield.  Earlier in February she had five long one’s versus North Reading.

The team from West Newbury moves on to the D2 North finals on Saturday at the Tsongas Center against either Belmont or Watertown. 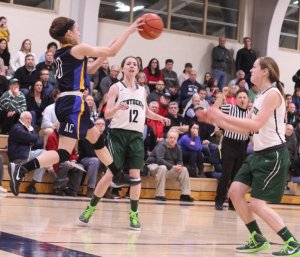 Alex Ball makes a save

The Cougars had two 3’s (sophomore Alex Ball and senior Melissa Rogers) in the first quarter.

AC is from the Catholic Central League while Pentucket plays in the Cape Ann League. 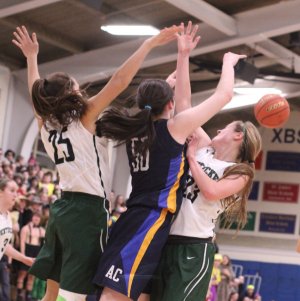 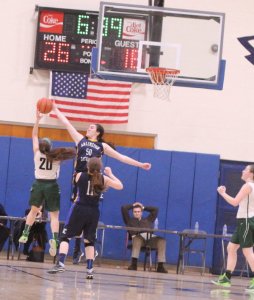 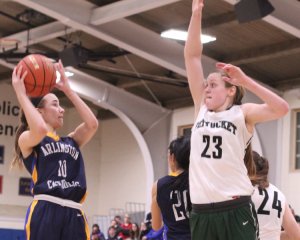 McKenna Killian goes for the block 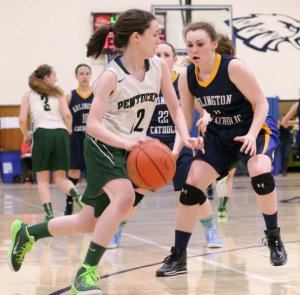 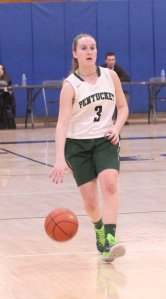